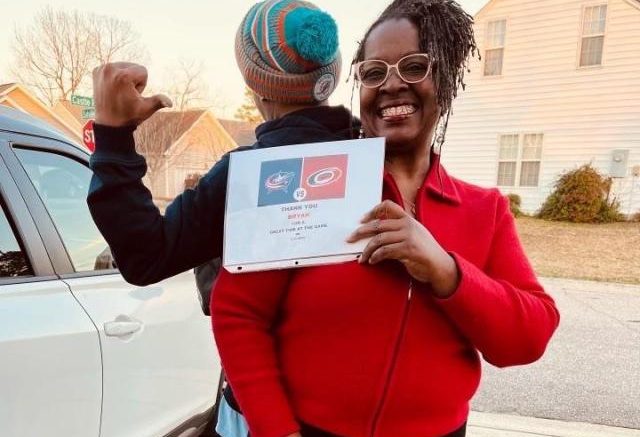 RALEIGH, N.C. — One of the victims of a mass shooting in Raleigh is fighting for her life at WakeMed Hospital. A friend told WRAL News that Marcille “Lynn” Gardner was visiting a friend in the Hedingham neighborhood.

Raleigh Chief of Police Estella Patterson says the shooting began in the neighborhood. Austin Thompson, 15, is suspected of shooting Gardner and six others. Five people died. Gardner was in critical condition on Friday night.

“It doesn’t make any sense,” said her friend Erin Mullinix.

She said her friend had emergency surgery and faces “a lot more intensive care.”

Gardner is a retired special Ed teacher who is highly spiritual. Mullinix said she had been working at a local law firm for the last 10 years. Co-workers have been at WakeMed by her side.

“Her vitals are stable and there is hope,” Mullinix said. “It’s slow, but it’s moving forward. We’ve had acknowledgment of response from her, so (there is) a lot of hope compared to where we were when we first got here last night.”

Mullinix says the outpouring of support has been overwhelming and something Gardner would be proud of.

“I would be so happy to know the way her ‘work family’ as we call it at our office has reached out also to her real family,” she said.

“Everyone has gathered around her, and that would make her so warm and happy.”

Gardner will turn 60 on Saturday.

The shooting suspect, Austin Thompson, was also at WakeMed. Officially, he is in critical condition. Sources tell WRAL News that he has multiple injuries including a gunshot to the head. If he survives, he is expected to be charged as an adult.