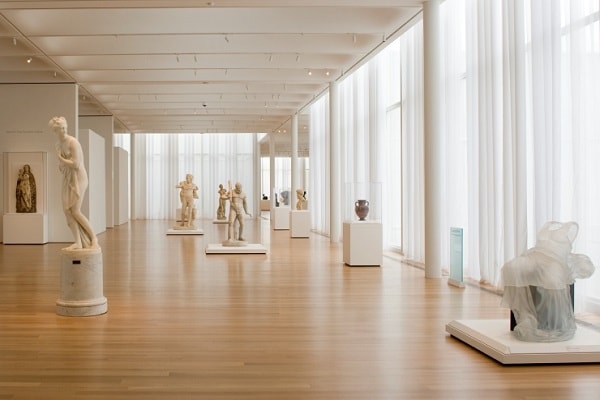 The North Carolina Museum of Art serves the people of North Carolina and all visitors as a premier destination for compelling encounters with art. The NCMA is committed to exemplary scholarship and innovative educational enrichment. We invite interactions among diverse communities, foster collaborative partnerships, and seek to activate the creative potential in everyone.

Since the initial acquisition in 1947 of 139 works of European and American art the collection of the North Carolina Museum of Art has grown to include major holdings in European painting from the Renaissance to the 19th century, Egyptian funerary art, sculpture and vase painting from ancient Greece and Rome, American art of the 18th through 20th centuries, and international contemporary art. Other strengths include African, ancient American, and Oceanic art, and Jewish ceremonial objects.

The 164-acre Museum Park is home to more than a dozen monumental works of art, with artists actively involved in the restoration of the Park’s landscape and the integration of art into its natural systems.

~Things to Do and See in Raleigh~