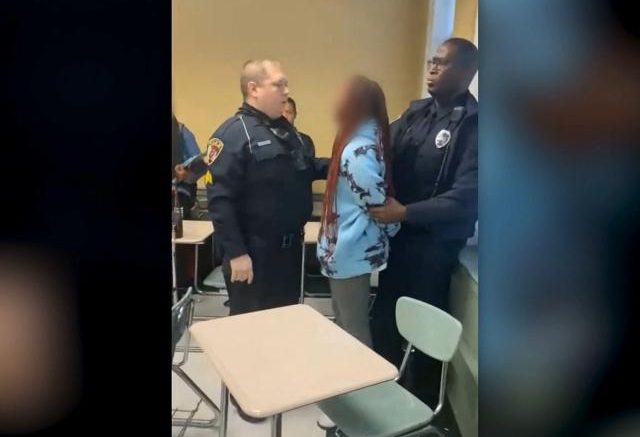 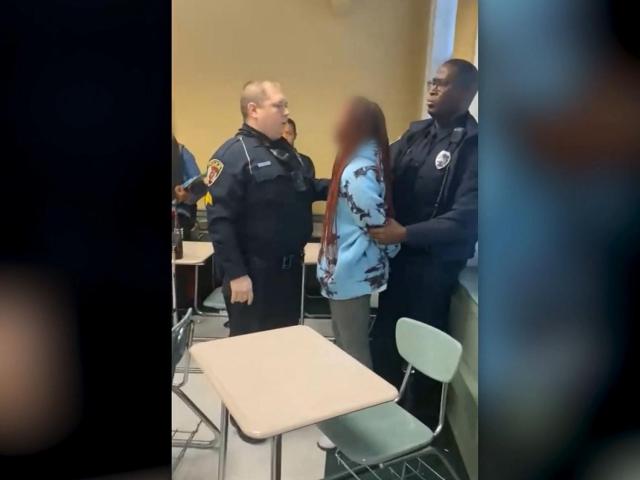 (CNN) — Winston-Salem State University, a historically Black institution, has addressed the use of law enforcement on its campus after a viral video captured a student being arrested in a classroom after an apparent dispute with a professor.

The incident began with what “appears to be a disagreement over a class assignment,” Haley Gingles, spokesperson for the university, told CNN.

The student and the professor were not identified by Winston-Salem State, which is an HBCU, shorthand for historically Black colleges and universities.

In the video, two police officers can be seen handcuffing the student, who is Black, as other students film the arrest and express shock at what is happening. The student can be seen crying and shouting at the professor “I hate you, I hate you. I swear to God, I hate you.”

It is unclear what apology the student was referencing in the video. CNN has not been able to confirm what transpired before the arrest of the student.

The student was arrested by university police and charged with disorderly conduct, Gingles said.

Police were not called by the professor in the video, according to Gingles, but by another faculty member “only after their de-escalation efforts failed.”

The university’s chancellor, Elwood Robinson, released a letter to address the arrest.

“We understand that the weaponization of police is a prevalent problem in our community; however, that is not what happened in this incident,” Robinson wrote.

“We know this situation has caused a great deal of trauma to those involved and our campus community at large, but please know that every available resource is being extended to bring a resolution,” he continued.

CNN has reached out to university police for a response.

Gingles said that disciplinary actions against the student “will be under review at a later time.”

When asked about the status of the professor, she said, “She is very emotional and shaken by all of this. There have been several threats to her safety, which of course are cause for alarm.”

“We know you want immediate answers,” Robinson said in his letter. “However, the speed of our processes does not match the speed of social media. Ultimately, we are committed to ensuring due diligence and fairness. We do ask for your patience as we must take the necessary time to ensure the safety of everyone involved.”